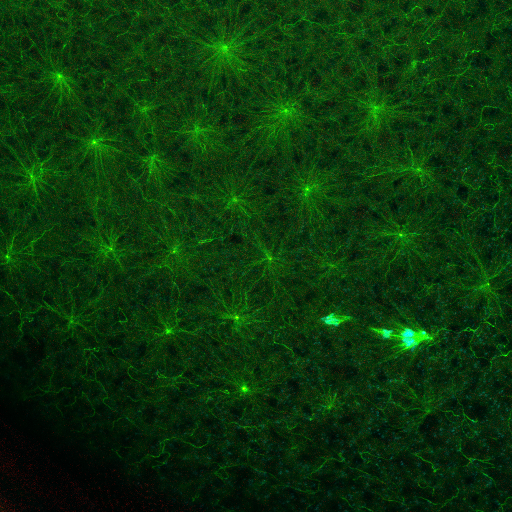 In a study that was co-funded by FCT, a team of scientists at the Instituto Gulbenkian de Ciência (IGC) have established a correlation between the disappearance of centrioles (tiny structures involved in cell division) in female eggs and the correct development of the embryo after fertilisation. Led by Mónica Bettencourt-Dias, these findings were published in the latest issue of the prestigious journal Science.

During fertilisation, the embryo inherits genetic information and essential cellular structures from the father and the mother. The centrioles are brought into the newly-formed embryo by the male sperm and thus inherited from the father; the female egg loses its centrioles during development. This difference has been known since the beginning of the last century, but its importance for fertility has been a puzzle, until now. IGC scientists discovered that when the centrioles are not eliminated from the egg cell precursor, women are infertile.

“The mechanism by which centrioles disappear in the egg in all animals remained elusive and paradoxical, as these structures were thought to be exceptionally stable” says Mónica Bettencourt-Dias. Using the fruit fly (Drosophila melanogaster) as a model organism to study this process, Ana Marques and Inês Bento, from the IGC team, saw that centrioles are eliminated in a step-wise manner: first they lose their coating, then the centrioles themselves disappear. The researchers observed that the loss of the centriole coating is triggered by the loss of an important centriole regulator, the protein polo kinase. “Strikingly, adding back polo was sufficient to maintain the coating, and to avoid maternal centriole elimination, something no-one had been able to do before!” says Ana Marques.

The embryo must have the correct number of centrioles to develop. “When we artificially retained maternal centrioles, the resulting embryo had excessive centrioles (both the maternal and paternal centrioles) resulting in abnormal divisions and aborted development, showing that centriole elimination is critical for sexual reproduction” says Inês Bento. “The regulation of centriole stability in other tissues, is likely to be critical for normal development and regeneration; this is something we are now pursuing”, adds Mónica Bettencourt-Dias.

According to Mónica Bettencourt-Dias, this research has wider implications, because “it is likely that this mechanism, of switching on/off the centrioles may affect many of the functions of these structures, including the development and regeneration of several tissues, which might be modified in diseases such as cancer.”

This study was carried out at the Instituto Gulbenkian de Ciência, and co-funded by the European Molecular Biology Organization (EMBO), European Research Council (ERC) and Fundação para a Ciência e a Tecnologia (FCT).