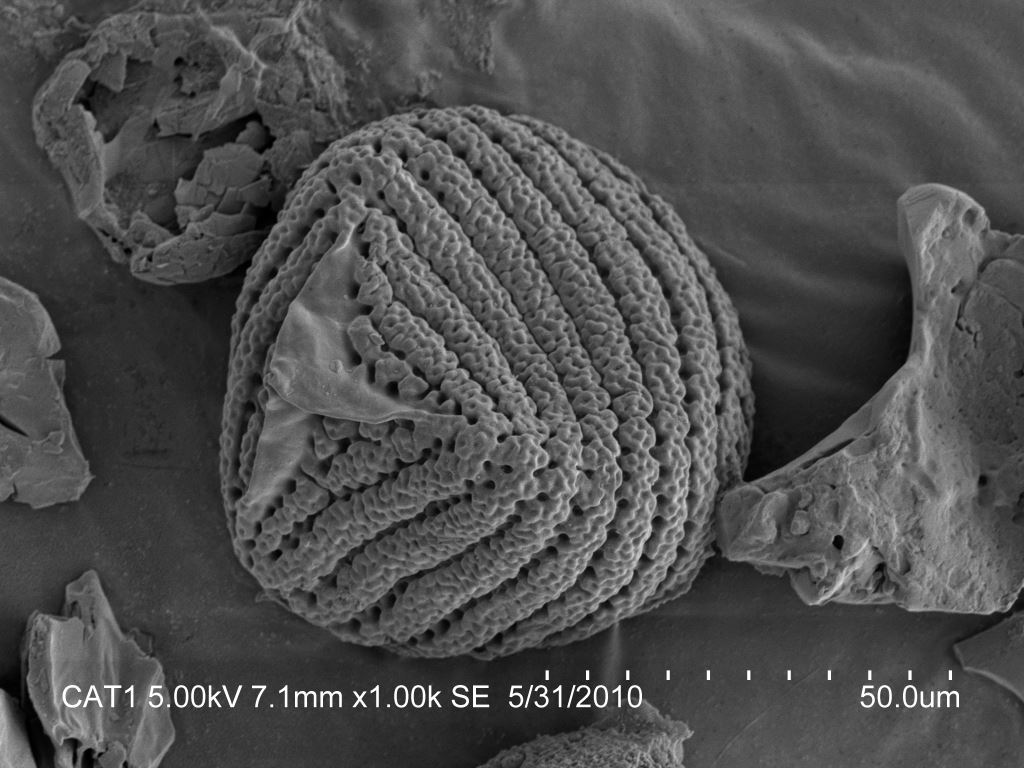 The researcher team of the CretaCarbo project, developed in the Marine and Environmental Research Center (CIMA) of the University of Algarve and coordinated by the researcher Mário Mendes, recently discovered a new species of spore attributable to Anemiaceae family fetuses. Designated with the scientific name of Costatoperforosporites friisiae, this species was only identified in the Portuguese paleofloras.

Plants are extremely sensitive organisms to climate change on a continental scale and are therefore evidence of the paleoenvironment changes affecting terrestrial environment. The CretaCarbo project is specifically aimed at understanding the paleoenvironmental conditions which led to the radiation and development of angiosperms (flowering plants), which developed from the Lower Cretaceous about 135 million years ago, and which are responsible for the settlement of almost all terrestrial ecosystems. The identification of this new species is an excellent contribution to the pursuit of the objectives of the CretaCarbo project and also to the advancement of Paleobotany in our country.

Mário Mendes explains that “the study of fossil plants has great palaeontologic interest, because it allows to draw conclusions about the local and regional paleo-climatology of that time, in particular in regards to the temperature anomalies and precipitation”. Fossil plants are a key milestone in the understanding of the organization and functioning of paleocommunities and by studying the fossil flora one can better understand the modern flora.

The Paleobotanic is economically important in the study of indispensable fossil plant remains, for example, to research energetic feedstock such as oil or charcoal. The results of this research, which has attracted great interest from numerous researchers from other countries, such as France, Japan, Sweden, Germany and Spain, have recently been published in a scientific journal with international circulation indexed in the ISI Web of Science.

(From a news report by UAlg- Universidade do Algarve. See full article.)