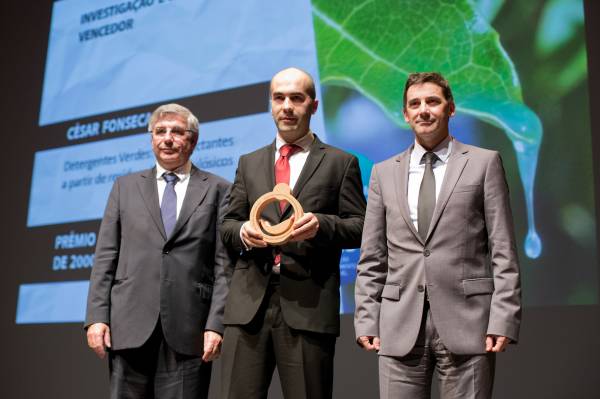 More than 90% of commercial surfactants (detergents) are chemically synthetised from non-renewable resources. Most are not biodegradable, and many have a negative environmental impact through contamination of water. Even biodetergents that are available on the market are produced from vegetable oils, thus directly competing with food production. The new technology developed by the Portuguese team uses biomass as raw material, reducing production costs and the environmental impact: the residues are biodegradable and non-toxic, and the product purification processes are less intensive.

The process includes steps similar to those used in the production of biofuels, namely of second-generation bioethanol, except in the type of yeast used. The Pseudozyma yeast produces mannosylerythritol lipids (MEL), which are glycolipids with biosurfactants properties, from vegetable oils. At the moment, production in the laboratory takes 10 days, from preparing the raw material, to converting it in a bioreactor using yeast, and purifying the final product. The use of biosurfactants instead of synthetic surfactants has significant advantages with regard to bio-degradability, non-toxicity, mild production conditions, and unique properties.

Green detergents are a cleaner alternative, for both home and industrial use. They also open new possibilities for the pharmaceutical and cosmetic industries. This research has already produced a patent, and the team continues to develop its technology for commercialisation. It has established contacts with national and international companies for joint technological development and licensing.

This research is in line with the goals of the second phase of the MIT (Massachusetts Institute of Technology) – Portugal partnership partnership, one of the four partnerships with American universities funded by FCT. Renewed in November 2012 for a further five years, the second phase of these partnerships seeks a greater emphasis on joint research projects between universities/research centers and companies aimed at solving concrete problems, in which students and researchers participate. It underscores a change in focus, from postgraduate training and creating critical mass to increasing innovation and entrepreneurship.

(Based on the MIT- Portugal Programme news story)