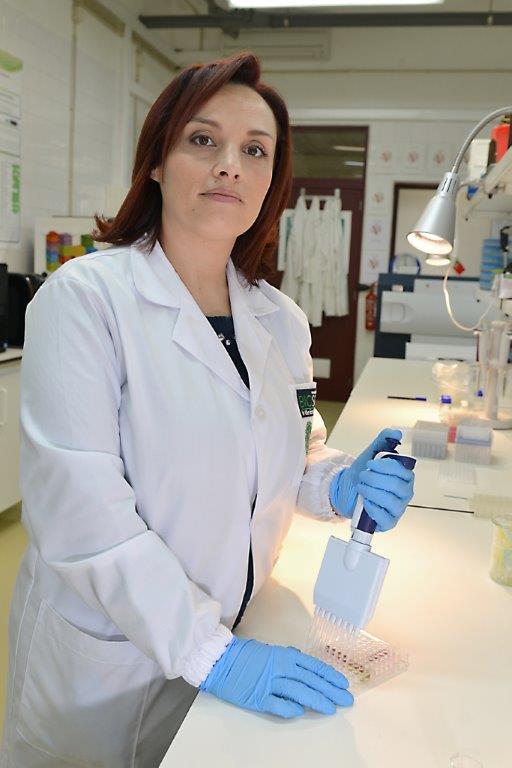 Elisabete Oliveira (REQUIMTE, FCT-UNL), Ana Catarina Fonseca (iMM Lisboa, FML-UL) and Ana Faria (ISPA – MARE), are the women scientists that have been awarded this year’s L’ Oréal Portugal Medals of HonorFor Women in Science. This is the 12th edition of this initiative, organised by L’Oréal Portugal in partnership with the Portuguese National Commission for UNESCO and FCT.

This award, of €20,000 for each winner, aims to promote the participation of young women in science, by supporting the most promising early career scientists to carry out research in the health and environmental sciences.

The three winners of this year were selected from over 70 applicants. They join a group of 37 young women scientists who have been supported by this prize, since it was first established in 2004.

FCT has supported the L’ Oréal Portugal Medals of Honor for Women in Science since its first edition, by ensuring the evaluation of proposals by a panel of well-established scientists. Ana Sanchez, member of FCT Board of Directors, expresses the commitment of FCT to this initiative, “It’s an honour to be able to contribute to supporting a new and promising generation of scientists, that is full of potential, and thus give a boost to science in Portugal and to the role of women in science in our country. In fact, Portugal leads the European indicators on equity in R&D: women represent 45% of the total population of researchers (the European average is 33%); 30% of scientists in top positions in scientific bodies and university administration are women; and Portugal has the third-highest proportion of women graduates above masters qualifications (56% compared with the European average of 47%).

About the three winners:

Elisabete Oliveira (32 years old) wants to develop a new generation of luminescent nanoparticles to be used both in the discovery of new biomarkers in cancer cells and also for the creation of devices for controlled drug distribution and release in these cells. Her research aims to identify a more effective yet none invasive therapy, which may be monitored by the luminescence of the nanoparticles, thus allowing controlled dosage that alleviates potential adverse effects, as well as resistance to conventional chemotherapy.

Elisabete Oliveira has a PhD in Biotechnology  from the Faculty of Science and Technology – Universidade Nova de Lisboa (2010). She spent two years at the University of Vigo, Spain, as a post-doctoral researcher, and is now in the Bioscope group, at UCIBIO – REQUIMTE, also at Universidade Nova de Lisboa. Elisabete was selected as an Investigator FCT, in 2014. Her research interests are analytical chemistry, nanotechnology and nanoproteomics.

Ana Catarina Fonseca (34 years old) aims to study the structure of the heart of patients who have suffered different types of stroke, including those of undetermined origin. By comparing the brains of these patients, she hopes to understand if there are changes that may be used to diagnose and prevent new strokes of undetermined causes, including those that currently rely on a lengthy and not always possible diagnosis of atrial fibrillation.

Ana Faria (34 years old) wants to study how the fish off the Portuguese coast are being affected by rising acidity of the ocean water, which is a consequence of increased CO2 levels. Increased ocean acidity has proven to have adverse effects on the marine ecosystem, endangering the sustainability of marine fish, which are an essential resource for humanity.

Ana Faria has a PhD in Marine Ecology from the University of Algarve (2010). She started her postdoctoral research at ISPA – University Institute, integrating the MARE Research Centre, where she continues to do research. She teaches on the undergraduate degree in Biology and on the Marine Biology and Conservation masters degree at ISPA.