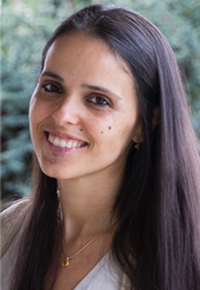 The European Research Council (ERC) announced in September its Starting Grants. The announcement recognized the work of seven Portuguese scientists, who were awarded these European Grants for outstanding research. Five of the winners are developing projects in Portugal, while two other are Portuguese researchers based in other European countries. All of them were funded by FCT at some point in their career, either by PhD fellowships or as FCT Investigators.

Ana Patrícia Gonçalves will develop a project in Mathematics entitled “Hydrodynamic Limits and Equilibrium Fluctuations: universality from stochastic systems”. The research will analyze and characterize the universality of the macroscopic behavior of some physical systems from underlying microscopic stochastic processes – the so-called particle systems. The project’s purpose is to derive macroscopic laws, such as stochastic partial differential equations, governing the space-time evolution of the thermodynamics quantities of these systems.

Miguel Cardina is interested in studying colonialism, anti-colonialism and colonial war. “Crossed Memories, Politics of Silence: The Colonial-Liberation Wars in Postcolonial Times” is the title of the project, which will develop a history of memory of the colonial-liberation wars fought by the Portuguese state and pro-independence African movements. Cardina will deepen this matter, which he previously addressed in a research developed in Portugal. This grant will allow for it to be extended to Angola, Mozambique, Guinea-Bissau, Cape Verde and Sao Tome and Principe.

Pedro Barquinha has a degree in Materials Engineering at FCT NOVA, where he is currently an Assistant Professor at the Department of Materials Science. He applied to the ERC grant with the project “TREND – Transparent and flexible electronics with embedded energy harvesting based on oxide nanowire devices.” His research aims to create flexible and transparent surfaces that are truly intelligent, self-powered and that have information processing ca. This will be done by using oxide nanowire devices from sustainable and recyclable materials, with low temperature processing and compatible with large scale production. This new technology will develop fascinating products in areas such as consumer electronics or even wearables for medical applications.

O projeto de investigação de Joaquim Alves Gaspar research project, entitled “The Medieval and Early Modern Nautical Chart: Birth, Evolution and Use”, intended to address a number of key issues that are still open in the History of Nautical Charts, using innovative techniques – analytical cartometric methods, numerical modelling and the examination of the manuscripts through special lighting – in addition to the traditional methods of historical research. Joaquim also hopes to highlight the enormous contribution of the Portuguese to the scientific knowledge existent at the time of the discoveries and maritime expansion.

In Vienna, Beatriz Viçoso is interested in understanding several aspects of the biology of sex chromosomes, and the evolutionary processes that shape their peculiar features. Her project is entitled “Prevalence and Influence of Sexual Antagonism on Genome Evolution”. Her research will be developed at the Institute of Science and Technology – Austria.

Bruno Correia is the Head of the Laboratory of Protein Design & Immunoengineering of the École Polytechnique Fédérale de Lausanne (Switzerland). His research project, entitled “Computational Design of Novel Functional Proteins for Immunoengineering”, is a multidisciplinary proposal, on which computation is connected to experimentation (biochemistry, structural biology and immunology), wherein the computational design is used in the search for new functional protein for immunoengineering. The study results may have innovative effects in the discovery of new therapies, like vaccines and cancer immunotherapy.

These Starting Grants are aimed at researchers with 2 to 7 years of post-doctoral experience. They were awarded under the ‘excellent science’ pillar of Horizon 2020, the EU’s research and innovation programme, carried out by Commissioner Carlos Moedas. Portuguese researchers will receive individual grants between 1.1 and 1.6 million euros, totaling nearly 10 million euros. Throughout Europe 325 top scientists were awarded, with a total investment of 485 million euros in research grants.