Science, Europe and the Mediterranean at the Ciência 2017 meeting 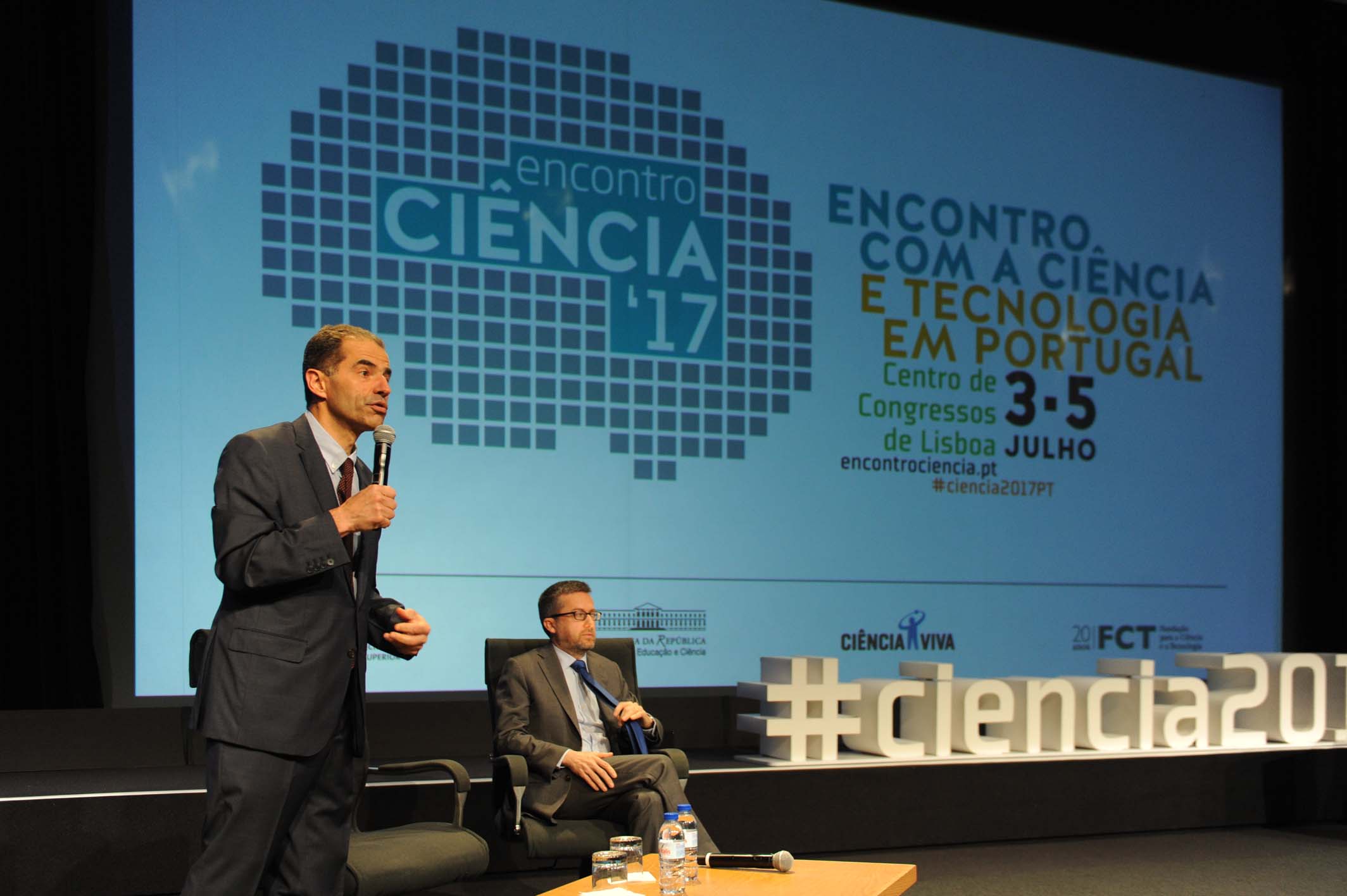 The last day of the Ciência 2017 Meeting, on July 5th, opened with a plenary session on the theme “Science, Europe and the Mediterranean”.

In the interventions, the session was attended by EU Commissioner for Research, Science and Innovation, Carlos Moedas, the Minister of Science, Technology and Higher Education, Manuel Heitor, the President of the Parliamentary Committee on Education and Science, Alexandre Quintanilha, and deputies of the five parties with parliament seat represented in this committee.

Commissioner Carlos Moedas, in his turn, presented some findings of the LAB-FAB-APP report made by the high-level independent group appointed by the commissioner and chaired by Pascal Lamy, which was made public in Brussels this Monday (July 3rd). In the LAB-FAB-APP report a vision is drawn and a set of strategic recommendations, which are intended to enhance the impact of EU research and innovation in the future, based on the critical analysis of the evaluation of the results of the Horizon 2020 program for the construction of a post-2020 program. In his speech, the Commissioner pointed out three recommendations given by this report: 1. look at the whole, not the parts; 2. focus on the scientist, who is the decision maker and innovator; and 3. the tasks, that bind science to the citizen and align all the elements of the chain.

In the interventions of the members of the Parliamentary Committee on Education and Science, the common denominator was the concern everyone showed for the creation of legislation in parliament on various subjects, who understand that it should be increasingly based on studies produced by the scientific community.

Following these contributions, the meeting continued with a technical panel, attended by Vladimiro Miranda, from INESC-TEC at the University of Porto, with a paper on transmediterranean cooperation and Portuguese affirmation with emphasis on Morocco, and Mário Carvalho, from the ICAAM of the University of Évora with a paper on agronomic strategies for increasing the production of irrigation water in the Mediterranean environment.

The final interventions of the session were by Nart Dohjoka, from the Science Diplomacy Program of the Royal Scientific Society of Jordan, and by Minister Manuel Heitor, which ended the session.